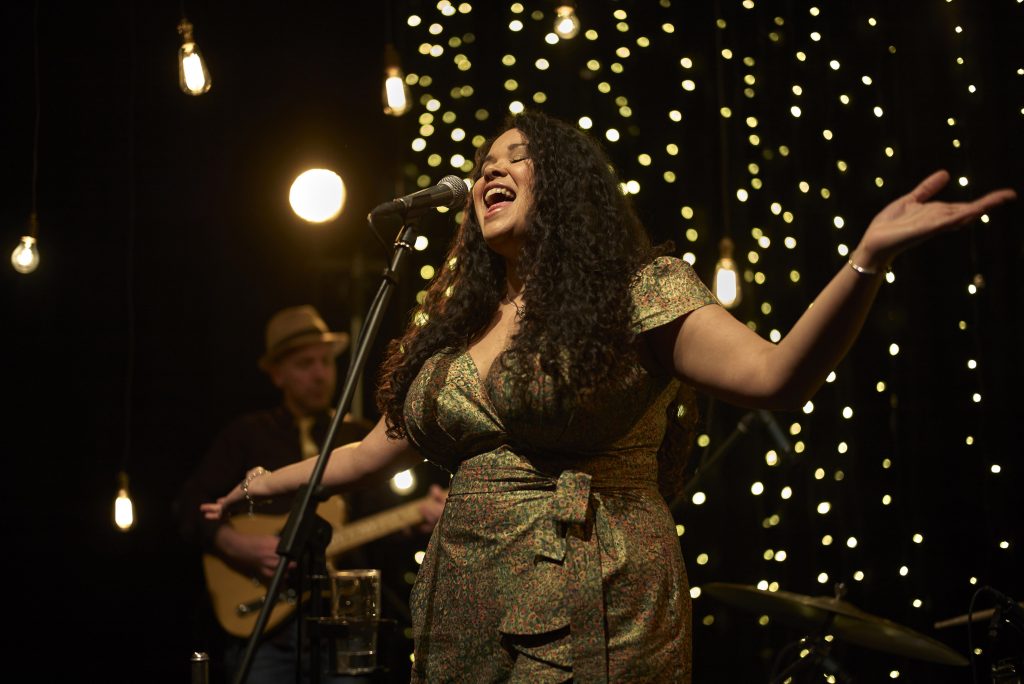 Kyla Brox may live in Mossley, she may even rehearse at The Vale, but we will never take for granted her gift: powerful, stop-you-in-your-tracks vocals, a dynamic stage presence and arrangements of songs that will make you think again.

At The Vale, we’re all about nurturing local artists and providing platforms to showcase talent. Though Kyla might be local to us, her reach and reputation is international – and we’re so proud to call her part of The Vale family.

Can’t get enough of Kyla? We can’t either! That’s why Kyla will also be joining us the following day for a special film screening of Aretha Franklin ‘Amazing Grace’. Find out more here.

Who is Kyla Brox?

Blues and soul become inextricably entwined in award-winning singer-songwriter, Kyla Brox, whose raw talent has seen her described as “the finest female blues singer of her generation.” Winner of the 2018 UK Blues Challenge, Kyla has the honour of representing the UK in Memphis at the 2019 International Blues Challenge, as well as the European event in the Azores. In a huge nod to her ongoing stature in British Blues, the UK Blues Federation made Kyla an official Ambassador of UK Blues in 2016 and she is one of only three British singers privileged to be included in the 50 Women of the Blues Spotify playlist.

Daughter of cult blues figure, Victor Brox, the Mancunian vocalist began her career as a teenager in her father’s band and has now honed her own sophisticated sound, as heard on her critically acclaimed 2016 album, Throw Away Your Blues and the scintillating, multi-faceted new 2019 album, Pain & Glory. Her voice; tender, urgent, gritty, blurring the distinction between pleasure and pain, mixed with the enchantingly fluent guitar work of Paul Farr, inspired bass playing of Danny Blomeley and in-the-pocket drumming of Mark Warburton, combine to make a unique and powerful, often joyous, always emotional experience.

Kyla also plays in duo form with her husband, virtuoso acoustic guitarist, Danny Blomeley, whose playing, by turns delicate and unrestrained, has earned him a following in his own right.

With many albums under her belt and many miles covered on the road, touring all over the world, Kyla Brox is widely regarded as one of the very best soul-blues singers the British Isles has ever produced.

Kick away those winter blues with us this March.

Please note: This is a 14s and over only event. Under 18s must be accompanied by an adult 18+.