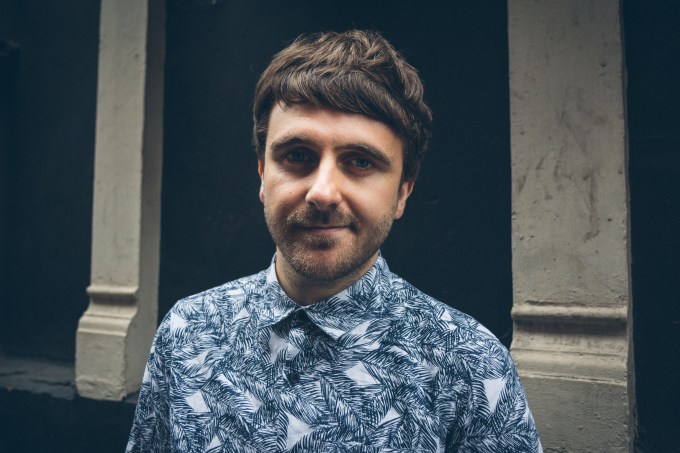 Coruja Jones is a songwriting project from Manchester (UK) based musician and songwriter Dan Jones. Born in Dudley, in the West Midlands (England), he moved north to study music in Salford in 2016 and became part of Manchester’s eclectic musical landscape.
‘The Crossing’ is his first album released under the moniker Coruja* Jones, made up of a collection of songs based around the experiences leading up to and following the death of his father in 2016. Working with Manchester based producer and long-term friend Justin Shearn, along with other local musicians, The Crossing is a culmination of 3 years of exploring life, death and everything in between; with many hours crafting the right sound and space for the songs to live in.
Whilst in Manchester, he also discovered and developed his love for Afro-Brazilian percussion and Carnival styles, studying music from Brazil and other Carnival styles, which has taken him around the globe.

*Coruja means ‘owl’ in Portuguese, a nickname given from a friend…must be the eyes.

“You’ll be blown away by his unique style and beautiful songs. A true gentleman in manner and even moreso in his music – your ears won’t be able to get enough of his dulcet tones”
– Roberta Pia, Red Dog Music

For more information about Coruja, check him out on Bandcamp.
Website: www.corujajones.com
Bandcamp: corujajones.bandcamp.com

Click here to catch Coruja Jones on Facebook from 8pm on Wednesday 10th June. Make sure you Like ‘The Vale’ and click attending to our virtual event and you’ll get a notification when Coruja is live.

Or join the action on YouTube. Subscribe to youtube.com/GlobalGroovesuk for all upcoming Vale Live Gigs. We’ll be broadcasting every Wednesday and Friday for the foreseeable future.

*Coruja Jones has pre-recoded this performance alongside guitarist Jake Stentiford especially for The Vale’s virtual audience. You can comment along on with everyone else at home through the live feed on Facebook and YouTube.

The Vale is an innovative and creative arts resource for the whole community and the home of The Vale Live producers Global Grooves – Manchester as well as a host of other incredible arts organisations. We’re proud to support local artists alongside Emmaus Mossley