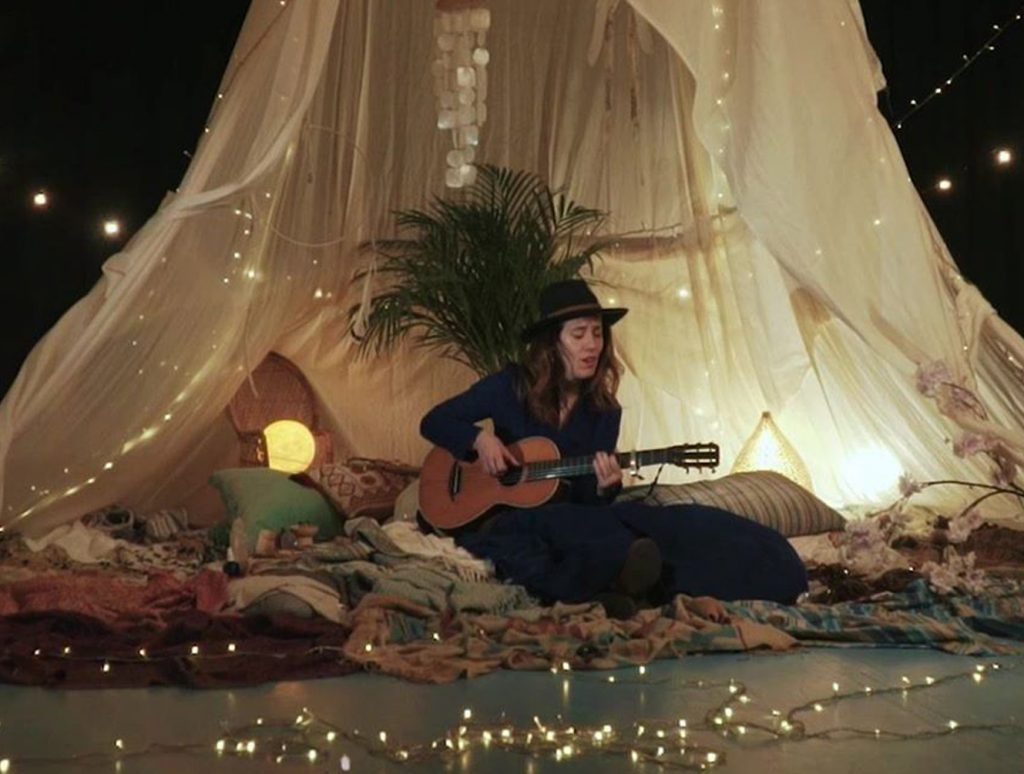 The Vale Live is pleased to present Kirsty Almeida and John Ellis for an exclusive duet performance – the first in 6 years!

About Kirsty Almeida:
Creativity imbues the life of songwriter and vocalist, Kirsty Almeida. From caringly crafting her albums and live performances, to fostering social enterprise and mentoring her fellow creatives, each facet of the Gibraltarian artist’s career reflects the sanctity and magic of art and self-expression.

“For me, playing and singing is like going through a portal to the healthiest, happiest, most powerful, gentle and magical version of myself,” Kirsty expresses.

She creates music for herself, rather than envisaging its audience. Feeling like a vessel for the songs that she releases, her perspective leads to honest, warm and enduring music.

Living in the hills in the North of England provides the perfect backdrop for musical inspiration as well as laying down roots in an atmosphere that resonates with her spirituality and stirs her appreciation of nature. It is there that she and her backing band, The Troubadours, have played many a memorable and intimate show. It is there that she has made a lasting impact with several community-oriented projects, and most importantly, started a family.

About John Ellis:
John Ellis is a musician from Manchester the north of England who’s journey in music really blossomed in the music education system within Manchester, U.K. in the 1980s.

In 1994, he toured extensively in Europe playing Frank Zappa music with Zappa protoge Ike Willis and Liverpool legends The Muffin Men, and his 12-piece band “The John Ellis Big Bang” toured England between 1995 – 2001.
Between 2001-2008, John played and recorded with quite a few well known artists such as Corinne Bailey Rae, Tom Jones, Lily Allen, James Yorkston, John Squire (Stone Roses) and The Cinematic Orchestra, and 2005-2008 formed Little Green with vocalist/writer Judy Green, a distinctive band with roots in classic soul, hip-hop collaborations with DJ Vadim and acoustic based folk music from around the world.

In 2009 John was Assistant Producer on the Kirsty Almeida album “Pure Blue Green/Deja Voodu” beginning a 5 year musical collaboration as musician and co-writer/arranger.
John has a recording and production studio in Manchester called Limefield which continues to produce albums of music with a wide range of artists and musicians. He can also be seen in regular live performances playing and singing around the northwest of England then sometimes around the world with regular collaborators Honeyfeet, The Breath, Kirk McElhinney and Baked ALaSka.

How To Watch
• Tune in on Facebook from 7pm on Wednesday 15th July.
• Make sure you Like ‘The Vale’ and turn on live notifications to get a notification when John and Kirsty are live.
• Or join the action on YouTube. Subscribe to youtube.com/GlobalGroovesuk for all upcoming Vale Live Gigs.

We’ll be broadcasting quality entertainment from artists in isolation every week for the foreseeable future.

The Vale is an innovative and creative arts resource for the whole community and the home of The Vale Live producers Global Grooves – Manchester as well as a host of other incredible arts organisations. We’re proud to support our local community alongside Emmaus Mossley.