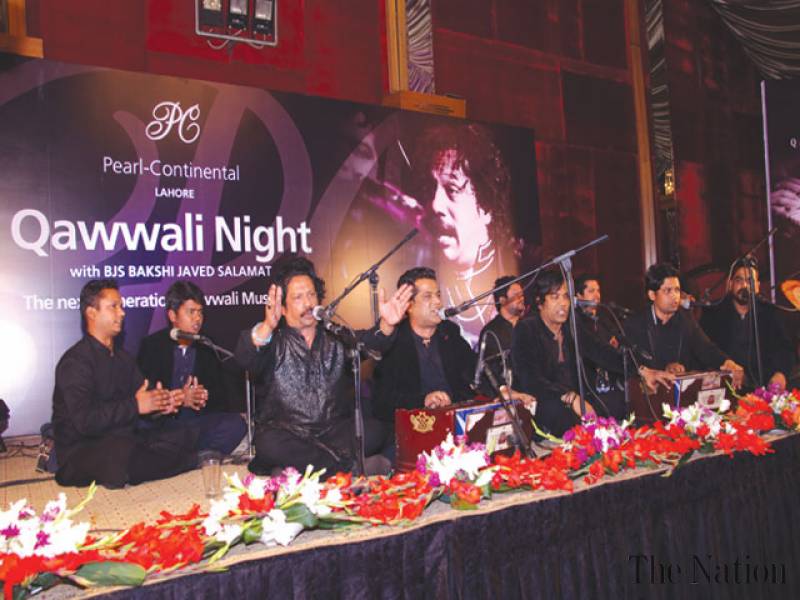 The Vale Live is delighted to present BJS, Javed Salamat, Masood Salamat, Nadeem Salamat Qawwal for an exclusive, not to be missed performance LIVE from Pakistan.

The BJS, Bakshi Javed Salamat Qawwal group has assembled a team of musicians who can offer live traditional, fusion Qawwali music performance in numerous aspects of the opulent Sufi artistic tradition. The team has great potential as a tool in the worldwide struggle for tolerance and understanding among different cultures.

Sufi philosophy, Sufi culture and Sufi music are peaceful way of life indeed, which crosses cultural and religious boundaries and emphasises respect for all beliefs. It plays a part in the lives of many people across the world. BJS aims to establish a better understand where we have come from and what we have in common. In Pakistan and around the world, BJS Sufi music should be a platform for great diversity, and bring peace and love to the forefront of community activity.

As Sufi music has developed so have the generations.
BJS Qawwali band, was formed in the 1990s to bring a modern twist to suit the new younger generations. The BJS was a huge worldwide hit that created a lot of popularity in the new millennium.

The BJS Sufi / Qawwali group promises to deliver a comprehensive array of factual Qawwali music performance and at the same time will hopefully provide audiences with a fresh source of knowledge through music.

In the world of raging ideologies, cultural misapprehension and seemingly endless warfare of media, BJS Sufi music Group have their heart set on serving and promoting the uniqueness, harmony and diversity of the south Asian Sufi music, Art and Culture through Qawwali. Their aim is to reveal and strengthen the beauty of Islamic Sufi culture so that it can begin to build understanding and trust in the global community, especially younger generations. They have genuine roots in Sufism, Sufi culture, music and arts. And as they have been carrying the banner of Sufism to continue the journey of their father since 1997 all over the world including Japan, Norway, Spain, Holland, France, Switzerland, Dubai and United Kingdom and they understand that there has never been a more important time to focus on developing and building our traditions as a means of working towards a more tolerant society through qawwali/Sufi music.

BJS Qawwali group aims to promote the different art forms of music that influence various Islamic beliefs, which are highlighted within global culture.

• Tune in on Facebook from 6pm on Friday 19th June.
• Make sure you Like ‘The Vale’ and turn on live notifications to get a notification when BJS Qawwal are live.
• Or join the action on YouTube. Subscribe to youtube.com/GlobalGroovesuk for all upcoming Vale Live Gigs.

We’ll be broadcasting every week for the foreseeable future.

The Vale is an innovative and creative arts resource for the whole community and the home of The Vale Live producers Global Grooves – Manchesteras well as a host of other incredible arts organisations. We’re proud to support our local community alongside Emmaus Mossley