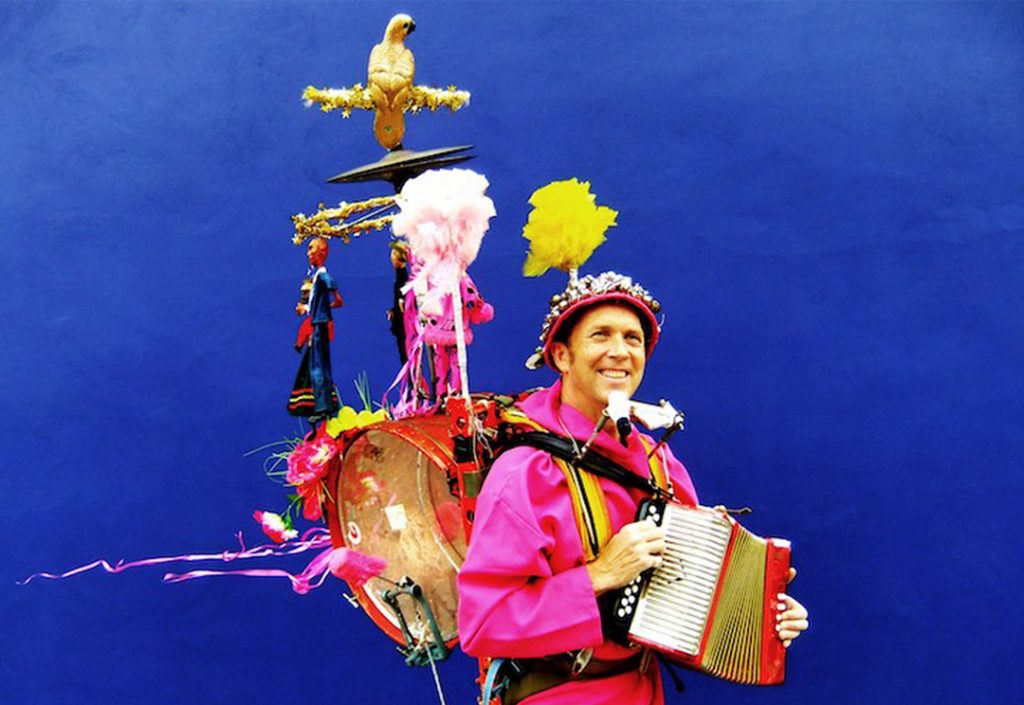 The Vale Live is very proud to present the legendary Pete Moser as Sergeant Peppers Lonely One Man Band!

Peter Moser is a freelance composer, performer, teacher and producer and was the Artistic Director of More Music for the past twenty five years.

Pete gained international acclaim back in 1988 when he took the Guinness world record for the worlds fastest One Man band! His record is still unbeaten for running 100 metres in 19.75 seconds, playing 139 instruments, wearing 5 colours and playing 4 recognisable tunes.

In the grand tradition of one man banding this new performance will be a sit down band with bass drum, high hat, vocals, accordion, guitar and trumpet in a beautifully designed and crafted display of musicianship.

Created and devised by the legendary Fastest One Man Band in the World, Pete Moser.

“I have been a one man band for over 35 years and have made my name as the Fastest One Man Band in the World. I’ll never stop doing the running thing but my knees are sore!!! I have been looking for a way to do a sit down one man band and in the 50th year anniversary for Sergeant Peppers I first made this new act . Sgt Peppers Lonely One Man Band. The aim is to play the whole album and so far I have got 6 of the songs down!
Come and join me for 6 o’clock drinks and sing along to these incredible tunes.”

The Vale Live is delighted to be partnering with More Music, Morcambe based community music and education charity for this very special livestream event. As well as Pete being More Music’s founder and artistic director for 25 years, they have also presented many of his one man band shows at Catch the Wind Kite Festival and the West End Festival – even the One Man Band Shebang!

*Please note, the link will take you to Global Groove’s YouTube channel. Make sure you subscribe to be notified when The Vale is Live!