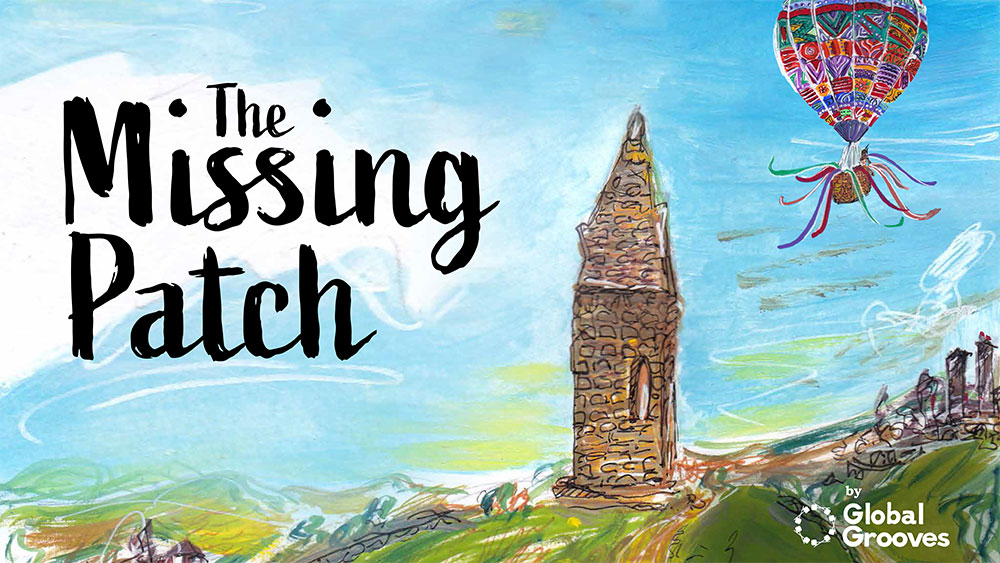 Unusual things happened at the spot where the mill once stood. I’d seen strangely dressed figures riding snails in formation, and a dragon blackening the abandoned doors with its fiery breath. When I’d seen the Tyrannosaurus Rex chained to a stake I thought I was seeing things, but it had been the talk of the town for weeks. Everyone was too frightened to venture closer.

So I wasn’t really very surprised when I came through the tunnel on one of my daily walks to see a hot air balloon tethered to an old staircase. The balloon was half-inflated, sagging on one side as though it was harbouring a wound, but still managed to block out the sunlight. A pair of corduroy legs were folded over the side of the basket.

‘Darn!’ There was a man’s voice, muffled, but I could still tell he was rather cross.
‘Hello?’I said. Perhaps I could help.
The legs sank down to the staircase. A jacketed torso appeared, followed by a face. He was wearing a hat.
He didn’t say hello back but grumbled and muttered, then peered back into the basket.
‘I don’t suppose you’ve seen it, have you?’
I could tell he was the kind of man that didn’t like to lose things and didn’t like other people to find them for him. But he had no other options.
‘The missing patch. The blooming thing, excuse my French, has disappeared.’
He rooted around in the basket.
‘Missing patch?’I asked.
‘Yes, yes,’ he said, as if I should already know. ‘That’s the reason we’re here and not at Carnival.’
‘Carnival?’
‘Do you only talk in questions? Here,’ he flapped his free hand towards him. He pointed at a missing rectangle in the balloon’s skin. The air was escaping. The balloon wallowed like a sick bird.
‘Where did you lose it?’
‘Questions, questions! We don’t have time for questions! Can’t you just get me a new patch? Then I’ll be in Rio in no time!’
‘Okay,’ I said. ‘I’ve got some friends that can help.’

We need a new patch, quickly! Can you help us?