The Adventures of Prince Achmed – Plus live score 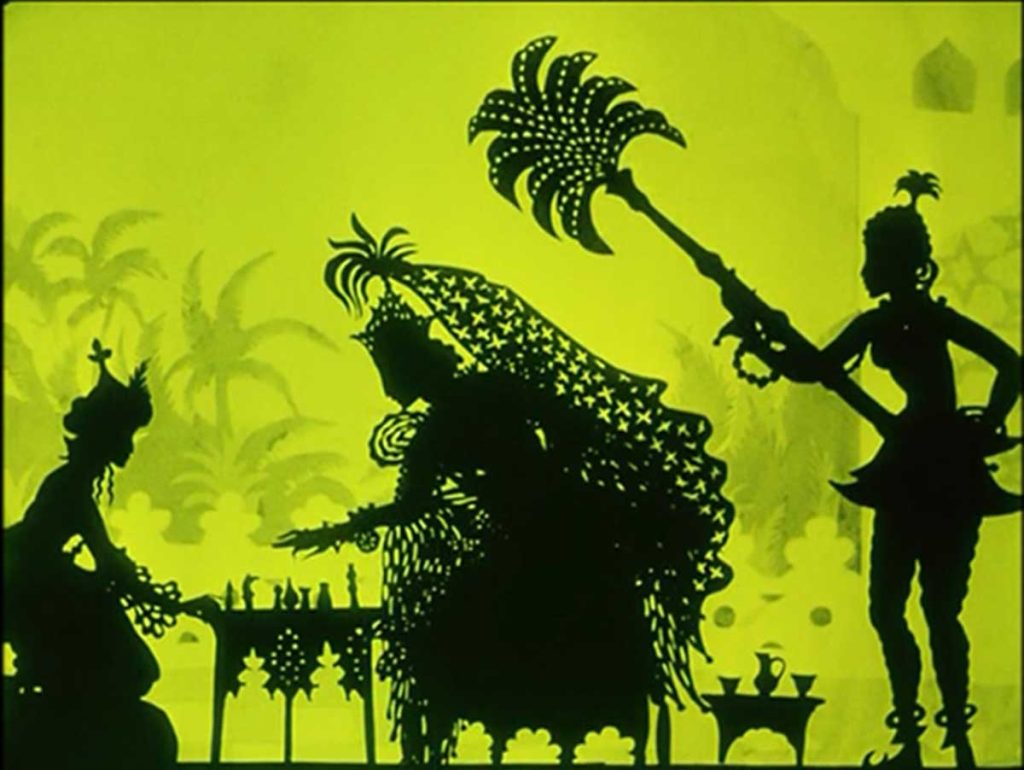 THE ADVENTURES OF PRINCE ACHMED (U) 1926

The Adventures of Prince Achmed (known as Die Abenteuer des Prinzen Achmed in German) is a 1926 German animated fairytale film by Lotte Reiniger. It is the oldest surviving animated feature film; two earlier ones were made in Argentina by Quirino Cristiani, but they are considered lost. The Adventures of Prince Achmed features a silhouette animation technique Reiniger had invented which involved manipulated cutouts made from cardboard and thin sheets of lead under a camera. The technique she used for the camera is similar to Wayang shadow puppets, though hers were animated frame by frame, not manipulated in live action.

Join Prince Achmed on his exciting journey from Baghdad to China bringing to life tales from Arabian Nights.

“The film is littered with traces of its own physicality: variations in colour, specks of dust, and flickering light. The bold silhouettes have simplified movements, and the simple power of positive and negative space create a flatness that transports scenes of celebration and ritual into compelling abstract patterns. The technique of metamorphosis – in which one shape tranforms seamlessly into another – plays out beautifully in a battle between the magician and the witch when they morph magically into animals”

The film will be accompanied by Internationally acclaimed musician Chris Davies who will share his beautiful and magical live score to accompany the oldest surviving animated feature film.

About Chris Davies and The Live Score.

In a career spanning thirty years Chris has been touring nationally and internationally as musician, performer, musical director and tour manager with a number of acclaimed companies including Inner Sense Percussion, Lieux Public, Marseille, Mariachoo, Manchester/Mexico, Mr Wilson’s Second Liners, and Whalley Range Allstars.  Chris was commissioned by the National Media Museum to compose an original new score for the groundbreaking animated film ‘The Adventures of Prince Achmed’. This new work was performed live for the opening night of the Bradford Animation Festival 2014 and visited The Vale in 2015 to share a version of the score to amazed audiences.

“After the first viewing I was completely enchanted and excited by the opportunity to work with this wonderful film; running at sixty-five minutes I knew it was a mammoth undertaking but couldn’t wait to get started. The film is silent so unrestricted by language, I watched it a few times with the original orchestration, then again, this time with the sound off and ideas started to come. First rooting it sound-wise where the story takes place, beginning in the Middle East, what sounds, instruments, rhythms take you to the Caliph’s palace? Then there’s an African sorcerer, a spirit island, a journey to China, a fire-witch in a fire-mountain…then Aladdin appears…just incredible. The more I watched, the more I became absorbed in creating the sound worlds of the journey, and falling more in love with the beauty of the animation; I was already starting to think of a life for this beyond the animation festival.”

“Lotte Reiniger’s brilliant ‘Adventures of Prince Achmed’ is a true animation gem. Historically it is an important work in the animation canon – and within the global film community. Moreover, when coupled with musician Chris Davies’s new score, Reiniger’s work leaps anachronistically to present day and back again. It’s as if you’re watching the film as it should be viewed – in the 1920s. His accompaniment is a work of art in itself. I recommend it wholeheartedly.”  Mark Shapiro – Studio Laika