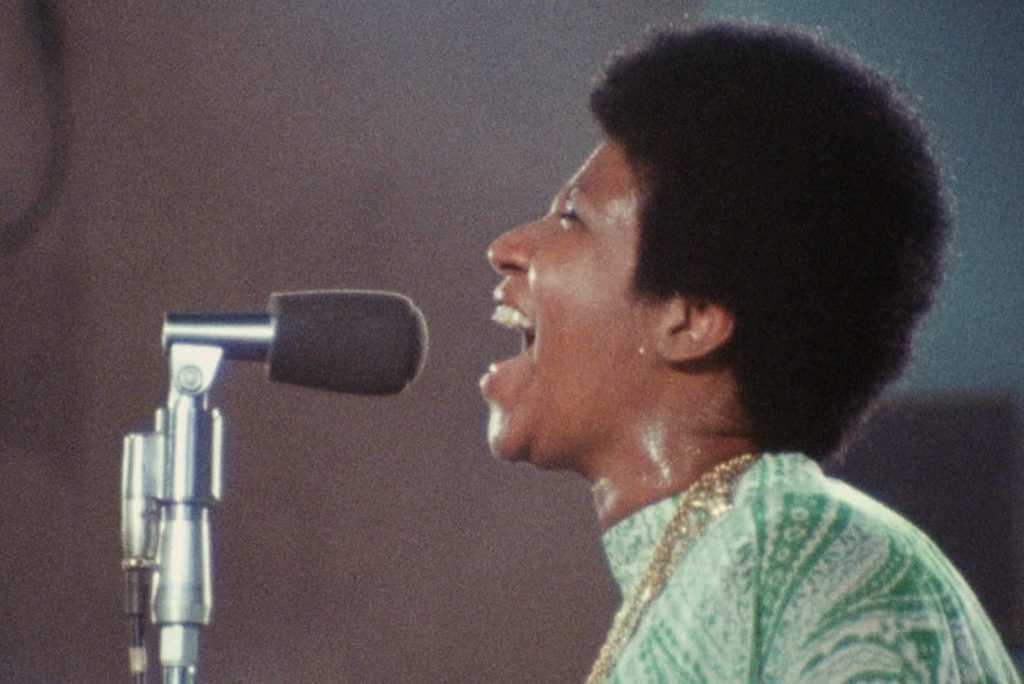 Film screening plus Introduction and Q&A from Kyla Brox

Kyla will offer an introduction to the film and discuss Aretha’s influence on her career and indeed music today, and if we are lucky we may even have the pleasure of hearing her perform… Kyla will be performing with her band Live at The Vale the day before, so if you want a weekend full of incredible blues then get your tickets for the live gig as well here.

Amazing Grace is a 2018 concert film “realised and produced” by Alan Elliott. The film’s footage was shot under the direction of Sydney Pollack, who does not receive directorial credit, just a “special thanks.”

Amazing Grace stars Aretha Franklin recording her 1972 live album of the same name. It co-stars James Cleveland, Alexander Hamilton, and the Southern California Community Choir, and features her father C. L. Franklin.  The film was not released as scheduled in 1972 due to difficulty in synchronising the audio with the visual print, and was relegated to a Warner Bros. vault until 2007, when producer Alan Elliott purchased the raw footage and attempted to synchronise it.

The edited footage, 87 minutes in length, was planned for a 2011 release. However, Franklin sued Elliott for appropriating her likeness without permission, and the release date passed. Elliott made another attempt in 2015 to hold the film’s premiere at the Telluride Film Festival, at the Toronto International Film Festival, and at the Chicago International Film Festival, but Franklin sued him again for reasons that have not been revealed. After Franklin’s death in 2018, her family made an arrangement to release the film, which premiered at Doc NYC in 2018, before being released worldwide on April 5, 2019.

In this revelatory concert film, Aretha barely speaks a word. Aside from one muffled request for water and a hushed discussion with her musical director, there’s not a peep out of her. Instead, she focuses her concentration wholly on the spirit of the gospel music she came to perform during the film’s historic two-day shoot, which took place at the New Temple Baptist Mission church in Los Angeles. “She came for a church service,” the late singer’s niece Sabrina Owens, who controls the estate, said. “The way she conducted herself was totally different than what you would see at one of her pop concerts. Her eyes were closed. Her head was thrown back. She was focused entirely on something higher.”

Daughter of cult blues figure, Victor Brox, the Mancunian vocalist began her career as a teenager in her father’s band and has now honed her own sophisticated sound, as heard on her last two critically acclaimed and award-nominated albums, Throw Away Your Blues and Pain & Glory, which reached No.1 in the IBBA Charts for 2019 and was nominated Best Album in both the European and UKBlues Awards.