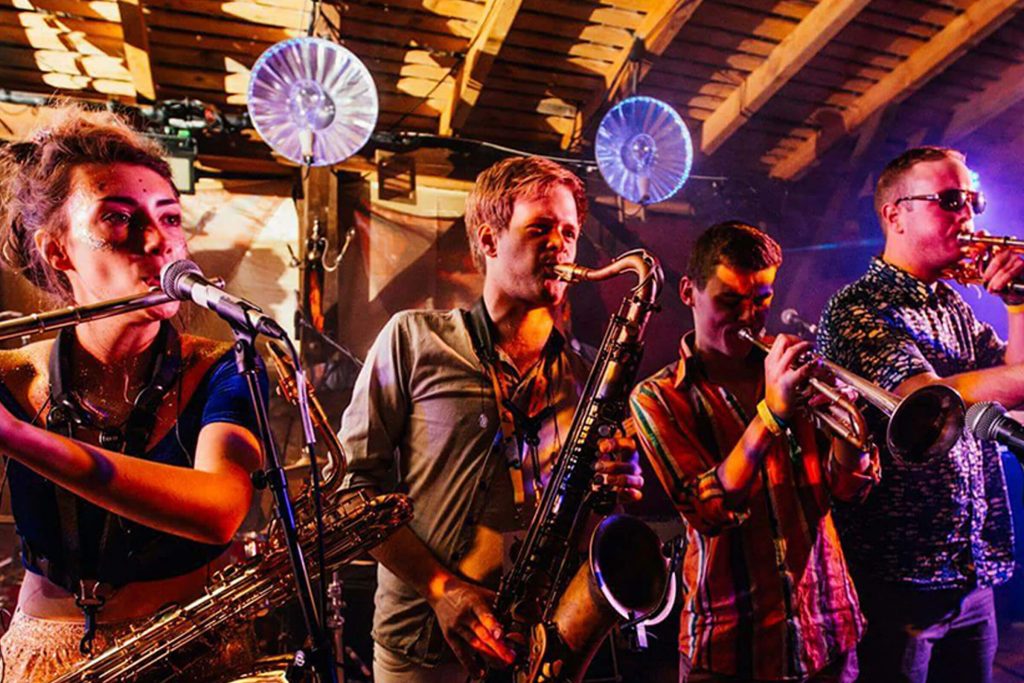 Agbeko have developed their sound to the point of distinction …deeply danceable, lyrically poignant and importantly, identifiable.’ – The Guide to the World of Music

Agbeko were born out of admiration for the enduring music of 1970s West Africa and have spent the past three years honing a singular, contemporary sound built upon its teachings. An onslaught of horns, guitars, percussion and gutsy vocals, the eleven-strong outfit deliver powerful songs packed with riffs, groove and lyrical prowess to move gig-goers, festival throngs and afro-funk afficionados alike. Their combined political awareness and uncompromising musical commitment enables the group of Manchester-based twenty-somethings to draw from Afrobeat, psychedelic rock, funk and raucous-leaning jazz without missing the vital nuance and defiant tone that gives each its clout and power to resonate. They view our times through the lens of Generation Z, the forty-eight and the ninety-nine percent, speaking out against irresponsible leadership and humanitarian crises through their music, while promoting fairness and acceptance — just as the musicians who inspire them have.

Theirs is music with a message, but it is also some of the most danceable and energising that you’re likely to hear from any modern-day big band. Just ask anyone who has caught them at Boomtown, Green Man, Soundwave, Wilderness, or Meadows in the Mountains festival in recent years – or even the team at Linecheck in Milan, who picked them to represent the UK at one of Europe’s most exclusive live music showcases.

Come on down and boogie with us to some infectious grooves.