Home / News / Dancing, Live Music / Baka Beyond are coming to The Vale

Baka Beyond are coming to The Vale 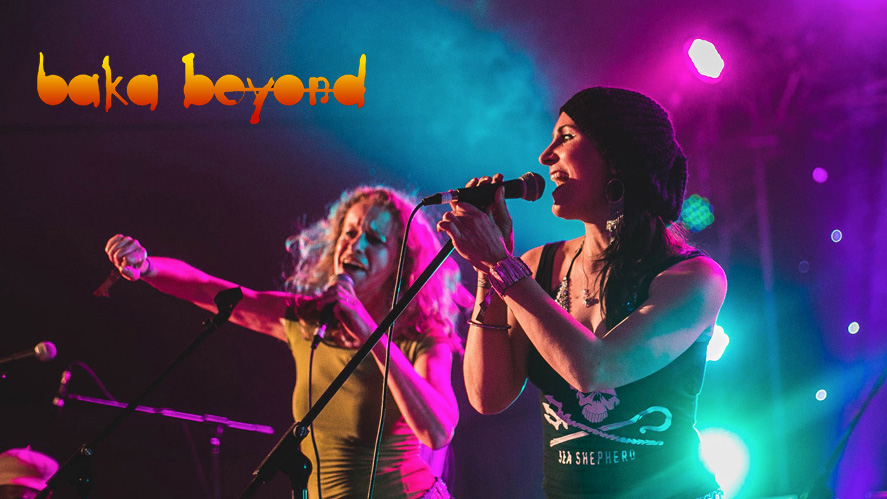 Baka Beyond are coming to The Vale

We are delighted to announce that Baka Beyond will be visiting the Vale this October!

2018 is Baka Beyond’s 25th anniversary. In October 1993 their groundbreaking album ‘Spirit of the Forest’ hit the scene to great acclaim. The release is regarded as a classic of the genre. They will be celebrating 25 years of recording and performing worldwide, with a UK tour in the Autumn.

Originally inspired by the music of the Baka Forest People, Pygmies whose music and dance have been celebrated since the time of the Pharaohs. Baka Beyond use the Baka rhythms to fuse music from the band members’ Celtic and African roots. The resulting music is highly infectious and crosses boundaries of genre, age and ethnicity. Paddy Le Mercier, the fantastic Breton fiddle player, will be rejoining Baka Beyond for their 25th anniversary tour.

After seeing a documentary on Channel 4, Martin Cradick and his wife Su Hart packed a tent, tape recorder, camera, guitar and mandolin, and headed off into the forests of Cameroon. There they spent six weeks living, hunting, gathering and playing many hours of music together with the Baka Pygmies. From this experience came two delightful recordings, ‘Heart of the Forest’ and ‘Spirit of The Forest’, which led to the birth of the band Baka Beyond.

The rhythms of the hunter-gatherer Baka People from the Cameroon rainforest resonate with musical styles from all around the world. Also carried in these rhythms and in all Baka Beyond performances is the sense of joyous celebration and inclusion that the Baka bring to all their music.

The band brings musicians from different cultures and backgrounds together in a seamless celebration of the Global Village. After 25 years of touring around the world Baka Beyond’s live show has evolved and developed. The current show includes a multi-media element. Videos from the Cameroon rainforest are projected behind the band, cleverly synchronised with the live music so that the Baka become part of the live show.